He is the driving force behind Datascene’s implementation of Smart Home systems into many premium luxury houses across Sydney, mainly in Mosman, Vaucluse, Dural & Point Piper. Sam is no stranger to audio-visual.  With over two decades of experience under his belt, he has proved himself many times over, and is in high demand as one of the best install leads in Sydney.

His interest started back at high school, operating lights and mixing desks for school musicals and drama productions.  His early career was in the music industry as a DJ, whilst managing equipment hire departments and co-ordinating installations for another company that set new standards in it’s time, the legendary DMC Lighting and Sound.  He was soon drawn to the installation and project side of the industry and has never looked back.

Sam’s passion for audio-visual integration and his attention to detail makes him highly sought after by our customers.

Daryl has worked in the audio-visual industry for over 15 years.  His experience ranges from large technical installations for universities, corporate headquarters and museums to smaller bespoke projects building school halls and meeting rooms.

Daryl joined Datascene in 2018 to support our sales and engineering team.  His work has formed an integral part of our project designs for Judith Neilson Institute, Hyde Park Barracks Museum, and many private luxury residences. Michael might be our young gun, but that doesn’t mean he lacks experience.  He has over 12 years’ experience in the audio-visual and automation industries as a systems engineer and technician.  He has qualifications including a Bachelor of Audio Engineering, and Crestron certification which he utilises in his role leading our programming team.

Dan is Datascene’s resident Gold Licensed electrician. His methodical approach and attention to detail ensures that all our projects are installed right the first time. His qualifications and experience ensure the install side of any project will run smoothly, while his collaborative and friendly manner makes onsite work with the Datascene team a dream. Peter is a veteran with 30+ years’ IT & infrastructure management experience, including the installation and management of large multi-office deployments around the world.

A highly organised individual, Peter is driven, passionate, proactive, tenacious, dedicated, motivated, and a detail-directed problem-solver. He is a process and efficiency streamliner, and a driver of common and best practices, as well as being a go-to team member for testing and problem solving.  His well-rounded skill set makes him a perfect fit for the Datascene process.

Julie is Datascene’s Office Administrator, CFO, and professional coffee drinker who brings over 20 years of experience to the team. She manages our governance and accounts with ease and can usually be found tapping away at her keyboard, coffee in hand.

She’s a queen of dealing with paperwork, and while she is constantly busy, always keeps the team on its toes. 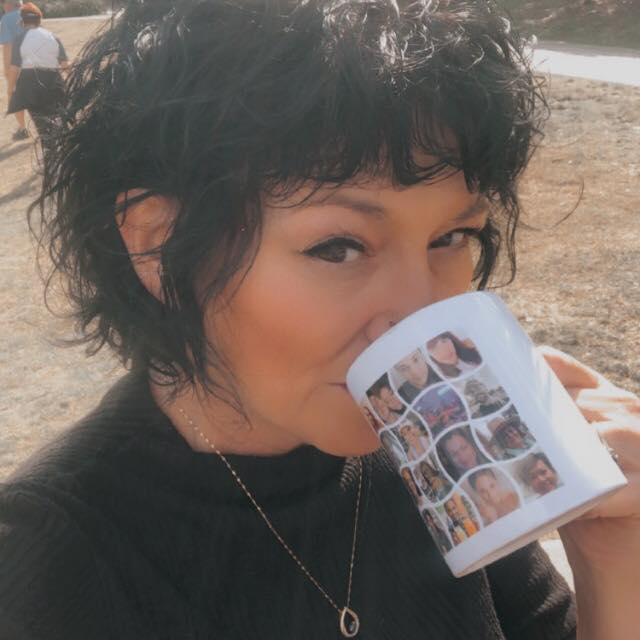